I recently got an iPhone 4 after having an Android phone (Motorola Droid) for over a year. Making the switch really gave me a better perspective on the different mobile platforms, and I’m sharing my experience. (note: this is not a guide/tutorial)

My first smartphone endeavor began with the Motorola Droid on Verizon which I bought on launch in November 2009. I mainly purchased it because it was one of the first Android powered phones on Verizon, and the rockin’ keyboard drew me in. After about a year of loving the phone, I realized it was getting a tad slow compared to the current generation of phones, so I bought the iPhone 4 in March of 2011 on Verizon (My first Apple product!). 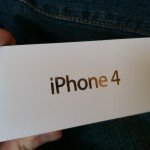 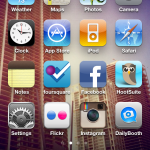 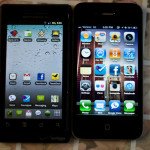 Right after installing a few apps on my iPhone I realized the differences in app quality versus Android was dramatic. Mainly everything was polished and little functionality compared to my Droid, like not being able to select multiple emails and marking them as read in iOS4 was mind blowing to me. The app selection was disappointing as well.  Apple always boasts about having 350k+ apps which sounds great but when the majority of them are fart/uesless apps it doesn’t do much for my phone’s functionality. Apps that gave me the ability to backup and search my SMS/MMS/Call Logs in Gmail was great on Android, and due to the limited API of iOS4 iPhone apps can’t achieve such functionality. 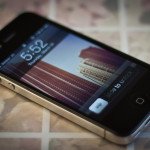 I quickly got over things like a broken notification system. Granted the notification system on Android is amazing and Apple will most likely mimic it in iOS5, so I was ok with the current one. Having no delay opening or switching apps gave a nice feel as I was used to waiting a second for apps to load. Granted giving up “true” multitasking, having  extended battery life and speed is worth it.
Having a quick phone and polished experience is worth it on the iPhone for the most part. Most users don’t use all their functions on their phone like I do, so small things I notice really don’t matter to most. But this whole experance taught me how much better the Android OS was than iOS, Apple only having to make iOS for a few devices makes the experience way better. It’s only a phone, why not enjoy the time with it, which is why I’m keeping my iPhone4. 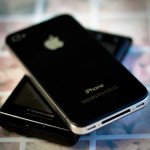 I am aware I’m comparing devices that are almost a year apart and that’s why things are faster/better on the iPhone, but this is meant to be a general comparison between devices. I have used newer Android devices and the slight delay when using the touchscreen just ruins a lot of how the devices should feel.

I can’t wait to see what Apple does in iOS5, I’ll be sticking with iPhone in the meantime! (See you in line for iPhone5)

Has anyone else made a switch to a different mobile OS, if so how was it?